Watch any current show about Los Angeles, and you’re bound to hear jokes about what people eat. Instead of a burger, someone might order a vegan, soy-free, organic bean patty — hold the bun — with a side of emulsified organic produce (some might call this “juice”). As entertaining as it may be to poke fun at the diets of the rich and famous, L.A. isn’t the only city upping its intake of organic foods; in fact, global sales indicate consumers are increasingly filling their shopping carts with more natural products.

In 2016, shoppers around the globe spent approximately $90 billion on organic foods, with the U.S. overwhelmingly shelling out the most, Statista reports. The USDA attributes a lot of that growth in the U.S. to the increasing availability of organic products. As of 2017, the USDA estimated that 20,000 natural grocers and about three out of every four popular chains (such as Kroger, Albertson’s, and WinCo) carry organic food and beverages.

So, who’s responsible for selling most of this food? 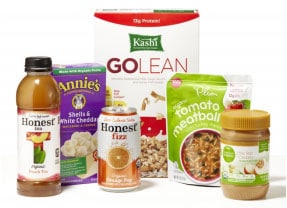 You might think the answer is small farms, the kinds you see with booths at your local farmers market; however, you’d be wrong. The reality is that massive corporations like PepsiCo and General Mills — the same companies that sell you sugary soft drinks and Pillsbury pastries —are dominating the organic and natural foods market.

In 2015, Phil Howard, an associate professor at Michigan State University, compiled a list of 92 organic and natural brands, such as Annie’s Homegrown and Earthbound Farm, and which major corporations, like General Mills or WhiteWave Foods, owned them (The Washington Post assembled the data in an interactive graphic).

Here’s a quick breakdown of who owns who (some of which are not listed in Howard’s data):

Other major corporations dominating the field include Coca-Cola, Kellogg, J.M. Smucker, and ConAgra and Ralcorp.

If any of that information surprised you, it’s because these corporations try to keep their involvement in the organics food business from the public eye, Howard told The Washington Post.

“Nearly all of the top 100 food processors in North America that have acquired organic brands hide this ownership. The exceptions are Hain Celestial and WhiteWave, which focus primarily on natural and organic products,” he said. “Organic consumers are more distrustful of conventional food corporations, which are quite far from the pastoral image that many organic brands use in their marketing.”

Not every well-known organic brand has sold to a major corporation, though. Amy’s Kitchen, Clif Bar, Eden Foods, Organic Valley, and Nature’s Path are some of the independently owned companies in the market, according to the Food Revolution Network.

Why is it important to know all of this?

There are a variety of reasons people might want to know which corporations own their favorite natural foods. For instance, consumers may want to distance themselves from brands that sell products with high-fructose corn syrup or may feel more morally comfortable supporting small family farms. According to a study from Label Insight, 73% of consumers said brand transparency and trust were critical factors in shaping their shopping habits — even if it meant they’d pay more for specific products.

Howard offered another reason to The Post: Large companies sometimes pressure the USDA National Organic Program (NOP) “to weaken the national organic standards to increase profits.” While many agencies and organizations offer insight to the USDA NOP and call out bad practices, big companies still occasionally violate standards outlined in the Organic Food Production Act (OFPA) by slipping in nonorganic ingredients or spraying their produce with certain antibiotics.

On the flip side, Howard noted that increased organic foods availability could be useful for shoppers who desire these products at lower price points. The acquisitions may also impact some of these companies’ non-organic items. For example, Nestle told The New York Times in 2018 that it’d be cutting the amount of sugar in its products by up to 40 percent.

How can smaller brands compete? 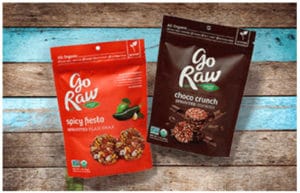 It may seem pointless to try to compete against companies like Kellogg, but that doesn’t seem to be the case with consumers. A 2018 Futerra survey found that 88 percent of respondents wanted brands to help them “be more environmentally friendly and ethical” — and they’re not just talking about industry Goliaths. Small brands can also capitalize on that desire by offering consumers transparent information about farming and production practices on their sites and on their labels.

A brand may have the most inspirational backstory and mission, but how will consumers know if they can’t recognize the product? Great marketing begins with attention-catching — and change-making — packaging, whether brands opt for sustainable pouches made from compostable materials or pressure sensitive labels that support recycling.

Interested in learning how your brand can make waves in the organic and natural foods market? Contact us via email or phone for a personalized consultation to see which packaging options would best support your business.